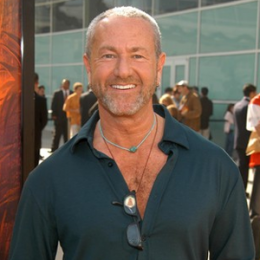 An Annie Award Acting Nominee, Charlie Adler is the brother of Cheryl Adler, a psychotherapist as well as a writer of a book entitled 'Sober University'. He was nominated for Outstanding Individual Achievement for Voice Acting by a Male Performer in an Animated Television Production (2000) - for voicing Cow in "Cow and Chicken." In 1984 to 1985, Charlie starred as Arnold Beckoff in "Torch Song Trilogy."

Charlie Adler's first animation role was recorded in New York, voicing Spike in Rescue at 'Midnight Castle'. His most recent credits are voice director on Nickelodeon's Blaze as well as the Monster Machines, Wabbit, and the film Norm of the North (2016). Adler is also the director, co-writer, and star of the independent live action movie entitled "No Prom for Cindy," appearing in over 45 prestigious film festivals worldwide.

In the early and mid ‘70s he was a nude model at The Art Students League in NYC to pay for his drawing classes, served drinks at Studio 54 and baked bread and quiche for a “house of ill repute” in NYC and was a janitor at a huge church complex in Nyack ,New York for 3 years and lived on a houseboat on the mighty Hudson River.