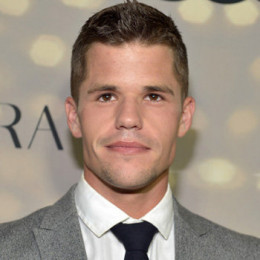 An American actor who is better known for his role as Porter Scavo on the long-running ABC series Desperate Housewives. He is son to Robert Martensen and Anne Carver. He has one twin brother Max Carver who is also an actor. He attended his high school in St. Paul’s Boarding School in Concord, New Hampshire. Later he attended Interlochen Arts Academy, Michigan to learn acting. He debuted in acting career by starring as Puck in the fairy trickster. His biggest debut was with his twin brother Max, in the ABC TV series, "Desperate Housewives".He has also made guest appearance in Season 3 of MTV's Teen Wolf alongside his twin brother.

Regarding his personal life he has not married yet. And regarding his dating life he has not disclosed anything and there is no record of his relationship either. Since he is too busy in building his career it may be the reason he is still single. He is regular user of twitter. He mainly shares his thoughts and plans for his official twitter account @Charlie_Carve so, his fan can follow him to get more updates on him.