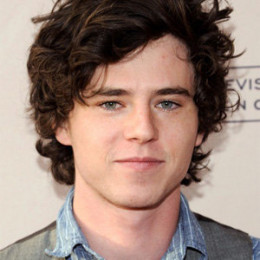 An American television and film actor, Charles Joseph McDermott is popular in the world for portraying his role as Axl Heck on the Television series The Middle. He is the son of Barbara and Charlie McDermott, an entrepreneur who owns health clubs. He graduated from, PA Leadership Charter School, a cyber school in Pennsylvania. Since 2004, he has worked on a wide range of television series, including The Office and Private Practice. He received a nomination for an Independent Spirit Award for his role in the film, Frozen River.

Charlie McDermott got married to Beth Ellen who is an actress. They met in party through their mutual friends in 2010. After that meeting they fell in love with each other and soon they got married next year in February. She is six years older than him. They are spending good time together. The rumors are that they are expecting baby but there is no any proof. Charlie claims that he found a perfect life partner and couple are living very happy life together.

After break up with his previous girlfriend, he soon got engaged with Beth in 2010. In 2011, Charlie McDermott got married to Beth Ellen.