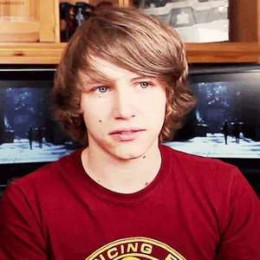 Charlie McDonnell, an English blogger, filmmaker, and musician, is currently dating Emily Diana Ruth since 2013. He is well known for his YouTube channel "charlieissocoollike". Charlie was born to mother Lindsey and father Mark and grew up with a brother and a sister. He completed his high school studies from Beechen Cliff School. He became the first YouTuber with one million subscribers in the UK. and then he earned two million subscribers in 2013.

Charlie McDonnell previously lived with blogger Alex Day. He also began directing short films and got involved in music as well. In 2010, Charlie released his debut solo album and got involved with the musical group Chameleon Circuit. He was previously dating YouTuber Bryarly Bishop. They broke up after a year of relationship. Later, Charlie started dating Emily Diana Ruth, a filmmaker, and YouTuber.