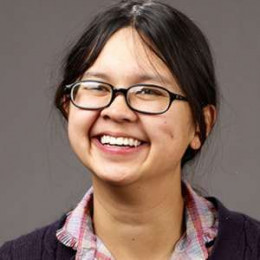 An American actress, comedian, musician, and writer, Charlyne Yi is currently single. She was a relationship with actor Michael Cera in 2006 but they ended their relationship on July 2009. Charlyne was born to Lydia and Luciano Yi. She attended the University of California, Riverside before leaving to pursue a full-time career in comedy. Charlyne made her movie debut with a supporting turn in the hit Knocked Up in 2007.

Charlyne also has performed in a band called 'The Glass Beef' with Paul Rust, and now performs as a solo artist in the band 'Old Lumps'. Yi began the non-profit Caring is Cool in 2011, and hosted a benefit show to raise money for the organisation. She dated actor Michael Cera in 2006 but the couple did not continue their relationship and they separated in July 2009.