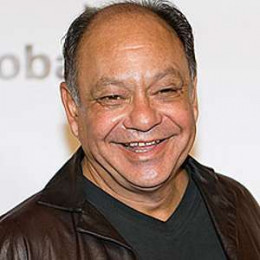 Cheech Marin is an American comedian, actor, and director. He is the son of father Oscar, a police officer, and mother Elsa, a secretary. He was given his famous nickname, "Cheech," by one of his uncles while he was a baby. His uncle remarked that the newborn looked like a chicharron—a deep-fried pig skin. Performing as a comedy duo Cheech and Chong, the two released a series of highly successful comedy albums in the 1970s.

Cheech Marin, along with the duo Cheech and Chong became symbols of marijuana culture with the 1978 film 'Up in Smoke'. Marin has since enjoyed more success on television and movies. He is also an avid art collector. Cheech is not as successful in his personal life as he is in his professional career. He has been married thrice but none of the marriages have been successful.

Marin married artist Patti Heid in 1986; they had two children and have since divorced. Patti is responsible for his interest in Chicano Art.

Marin married his longtime girlfriend Natasha Rubin, a Russian pianist, on August 8, 2009, in a sunset ceremony at their home.