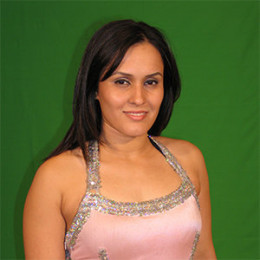 Melissa Anderson is an American professional wrestler, better known by her ring name Cheerleader Melissa. She was inspired from her father who was a professional wrestler in the early 1980's. She is best known for her work in Total Nonstop Action Wrestling, where she worked as Alissa Flash and Raisha Saeed. She is currently performing on the independent circuit for promotions such as Pro Wrestling Revolution and Shimmer Women Athletes, where she is a former two-time Shimmer Champion. In 2013, Anderson was ranked number one in Pro Wrestling Illustrated annual Top 50 Females list.

Melissa is single till the date. She is so busy in her career that she is never heard as if she is in relationship with any guys. Inspired by her father she has won many awards on her career and she looks pretty and dashing too. We can hope that sooner in the future she will disclose her relationship if any or she might be married someone special. To be in touch with her personal life we can follow her at @FutureLegendCF.