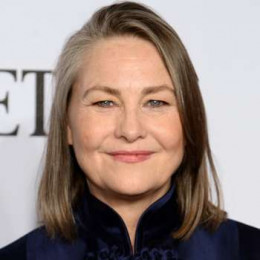 Cherry Jones is an actress of American nationality, who is known best as a Broadway actress who has been a Tony Award winner for her role in revival of The Heiress. This Tennessee born beauty is a graduated of the Carnegie Mellon School of Drama and has appeared most recently in films like The Beaver, The Village and The Horse Whisperer. She has been acting since 1980.

Jones is openly lesbian. She has been married to her girlfriend and has been involved in four well known celebrity relationships that she has declared out in the public herself. She does not seem to be hiding the details of her personal life and has had no children yet. She is getting along pretty well with her current wife as no issues of divorce have come up.

Sophie, a filmmaker, is the current girlfriend of Cherry. The tied the knot on 2015 and have been getting along pretty well since.