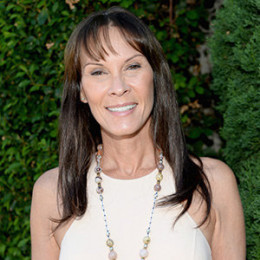 Born in San Diego, California, Cheryl Saban is primarily known for her works as a philanthropist, writer and advocate for women. She was born and raised in San Diego and she is of Lutheran religion. Her father worked in a local telephone company. She herself also worked as a telephone solicitor, as a waitress at a barbecue-pit restaurant, and worked summers as a lifeguard at a Navy training center. She graduated from San Diego University. She earned a doctorate in psychology in 2005. She wrote "What is Your Self-Worth? A Woman’s Guide to Validation" donating all the earnings to charity.

Saban married her first boyfriend and had two children, both daughters, at the age of 20. But they got separated soon. She even worked as a model in 1975 after moving to Los Angeles. Playboy magazine included her in a photo feature titled “Disco Queens" in 1979. She started working as an assistant for Israeli-American Haim Saban who a millionaire was selling recordings of television theme music in 1986. Later she married him and had two children with him.

Cheryl Saban married her first boyfriend Ray Lenhart who was a long-time California disc jockey known by the name Bobby Ocean. They had two children, both of them daughters together.

After getting divorced to her first husband, Cheryl married Israeli-American billionaire Haim Saban who worked on television theme music production. They have two children through surrogate.

Tifanie is her first daughter from her first husband. She is a very famous American voice actress who has given her voice in various animated TV shows and movies.

Heidi is second daughter of Cheryl with Ray Lenhart. She is an American actress, best known for her role as Jenny Garrison in the American TV series California Dreams.

Ness is her third child but first son with Haim Saban. He is a surrogate born. He is the eighth surrogate born baby in the world.

Tanya is the fourth child of Cheryl but second daughter with Haim Saban. Tanya was the fortieth surrogate child of the world.