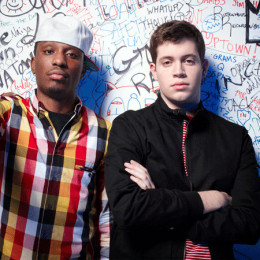 He is a hip hop star and recording artist, best known as a part of the 2008 formed university turned mainstream pop rap duo Chiddy Bang alongside his pal Noah Beresin. His actual name is Chidera Anamege. He holds the Guinness World Record for Longest Freestyle Rap, also simultaneously breaking the Longest Marathon Rapping record, clocking in at 9 hours, 18 minutes and 22 seconds .

He has stayed low profile when it comes to his personal life. Till now there is no record of his affairs and other such relevant activities. As he is so popular, his fans and well wishers want to know him in detail but he has managed to keep his family matters out of public and media. There is no any information about his family background and mainly his exact date of birth is unknown.