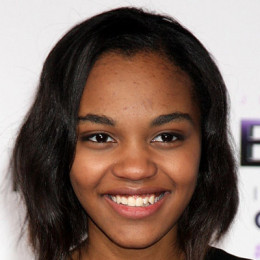 China Anne McClain is an American songwriter, singer, musician, dancer, and actress. She is known for her role in A.N.T. Farm and a series named Tyler Perry’s House of Payne.

China Anne McClain is possibly single at the moment.

Her hobbies are going to church with her family, singing songs and drawing.

China Anne McClain was born on August 25, 1998, in the USA. Her father is a music producer and mother is a songwriter.

In 2005 McClain started her career by acting in the movie named The Gospel. But internationally she is known after 2007.

In 2011 she appeared in a series name Wizards of Waverly Place of Disney Channel. With her sisters who are also actresses, she had acted in a movie named Daddy’s Little Girl. She is also an active member of the Screen Actors Guild.