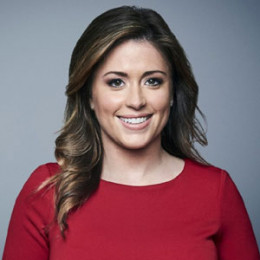 Chloe Melas was born in Atlanta, Georgia, United States of American, on July 11, 1986. She spent her childhood days in her hometown before moving to Dallas, Texas. There she attended the Episcopal School of Dallas.

Regarding her ethnicity, Chloe is half Greek and she belongs to American nationality. Her father, George Melas, is an architect and her mother, Elizabeth Murphy-Melas, is a children's author. From her early age of four, she played classical piano until she moved to college to pursue her career in journalism.

After completing her schooling, Chloe majored in Radio/TV/Film and minored in Political Science from the Auburn University. At that time, she also anchored the University’s student TV station, Eagle Eye. She was a part of the Zeta Tau Alpha sorority.

Chloe Melas moved to New York and landed a job as a News Assistant at CNN, upon graduating in 2008. After meeting Editor Bonnie Fuller in 2009 she quit her job and Fuller helped her to release HollywoodLife.com.

Eventually, Chloe became the site’s Senior Entertainment Reporter and covered several big events, breaking news stories as well as interviewed celebrities. Moreover, she became one of the anchors of VH1’s morning show, The Gossip Table in 2013.

Melas is a contributor on Fox & Friends, HLN, The Wendy Williams Show, The Insider, and The Today Show as well. She became the brand ambassador for women's clothing line, Maggy London in 2015.

Chloe Melas, 31, is a married woman. She married her boyfriend NYC restaurateur and President of Paige Hospitality Group, Brian Mazza in the year 2014. She was first introduced to her husband Brian in late 2012.

Her hubby is a native of New York. The couple first met at one of his restaurants, The Ainsworth. They got engaged after a dating for eight months. On a rainy summer night, July 2, 2013, Mazza proposed to her in their apartment.

They eventually got married on October 25, 2014. The pair’s wedding ceremony was organized at Grace Church and followed by a black-tie reception at Capitale with some pretty cool surprises planned.

Currently, the couple lives together in Manhattan and they seem very happy. They are yet to have children.

Chloe Melas is currently working as an entertainment reporter for CNN. She is very strong financially. Even though her exact figure of net worth isn’t public, her lifestyle proves she indeed has a huge net worth.

A native of New Yorker Brian Mazza is the NYC restaurateur and President of Paige Hospitality Group has always been an athlete at a highly competitive level.