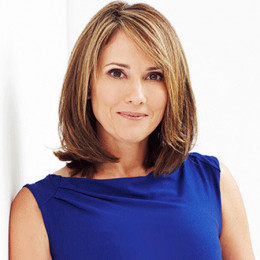 An Australian gorgeous journalist and television personality who gained fame as the host of the Australian Seven Network's Sunday Night and Seven News Sydney programs. She studied English, psychology, German from Sydney University. She started her career working at a campus community radio station named 2MCE-FM. After completing college course she was offered with job at Sydney AM radio station as a cadet reporter. After one year she left the job and joined Prime Television station AMV-4 where she worked as weather presenter for a while. She worked as reporter for Newcastle's NBN Television for five years. Currently she is working as a weekend presenter of Seven News Sydney.

She is a married woman. She has married twice. Her first marriage was with composer. Together they were parents of one son. But after 10 years of their marriage relationship their love for each other faded out and they took decision to get divorced. After few years of her divorce she dated a journalist. After a week, he proposed her for marriage which she accepted. In 2013, the couple was featured in New Idea magazine.

Professionally he is a music composer. Together they were parents of one baby boy. Reason behind their divorce has not been disclosed yet.

He is Seven News sport presenter and reporter. They first met each other in their work place and fall in love. Their couple is taken as an iconic couple.

He is the only child, who was born sound and healthy. He lives with his mother Chris.