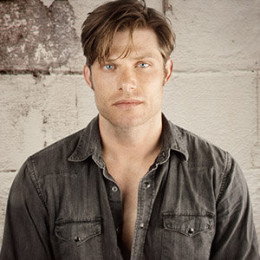 American actor, singer and former fashion model, Chris Carmack attended New York University to pursue an Arts degree at the Tisch School. In 2013, he was cast in the ABC drama series 'Nashville'- as Scarlett and Gunnar's neighbor Will, a sexy and charming country singer and guitar player. Carmack has also appeared in many movies such as "The Butterfly Effect 3: Revelations" and "Into the Blue 2: The Reef."

Chris Carmack is engaged to his longtime girlfriend, Erin Slaver, a musician on 2nd March 2016. The couple welcomed a daughter on 30th August August 2016. His fiance shared a glimpse of the couple's newborn daughter on her Instagram. In 2005, Carmack became a model for 'Ezra Fitch', a limited upscale label sold at Abercrombie & Fitch. Carmack portrayed Susan Delfino's cousin Tim in the television show "Desperate Housewives" for one episode.

Chris Carmack is engaged with his longtime girlfriend, Erin Slaver, a musician on 2nd March 2016. The couple welcomed a daughter on 30th August August 2016.