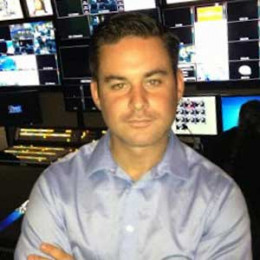 Chris Emma is a reporter, publisher, and anchor. He has not revealed much about himself in the media and on the social networking sites too. Emma is now working for NECN ( New England Cable News). He also recently joined Sports Feed too. Chris has a fan following of 9846 on twitter. Chris is more focused on his career rather than other things in his life.

Chris Emma grew up in Morristown, New Jersey where his family still live including his mother and a younger brother.

Chris graduated from the University of Maryland with criminal justice degree. He attended the University of Miami to earn masters' degree in Broadcast Journalism. In Miami, he experienced the first behind-the- scenes television news as an intern.

Emma started his career from WBOC in Salisbury, Maryland, as a sports anchor. After that, he decided to shift to news and worked on WPBF-TV in West Palm Beach, Florida.

Later on, in 2015, Chris joined NBC Boston and NECN ( New England Cable News) in Boston as a reporter and anchor. He also worked for Scout.com for five years, 247Sports.com, 670thescore, and CBSChicago.com.  Emma is also a publisher of Wildcat Digest and 247Sports. Apart from that he also worked in PurpleWildcats.com and BoilerSportsReport.com. Chris served as a staff writer at  Scout's BigRedReport.com too.

Emma is sports lover and is also interested in movies, beaches and television too. The information about his love affairs, marriage and children are not revealed to the media.

Chris Emma is working with various channels and publishing sites. So, his net worth might be in good numbers.