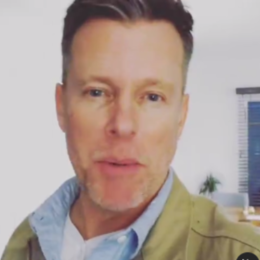 Chris Franjola is a comedian and writer best known for hosting a podcast, Cover to Cover with Chris Franjola. On the other hand, Franjola also serves as a frequent contributor on Heather McDonald's podcast Juicy Scoop.

Chris Franjola is a married man and tied the knot with his girlfriend turned wife Elizabeth Goldstein on August 4, 2018. To be more precise, Chris and Elizabeth "I Do" in a lavish ceremony attended by 50 to 100 guests. 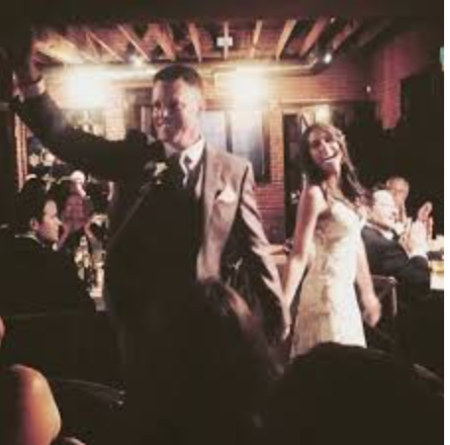 At present, Chris and Franjola are relishing a sound and happy married life. Franjola seems pretty much happy for becoming part of Goldstein's life. Fans rarely get to see Chris and his wife together on social media or PDA, but they still truly share strong bonding.

How much is Chris Franjola's Net Worth?

Chris Franjola possesses an estimated net worth of $2 million as of 2021 and makes big chunks from his career as an actor, writer, and podcast host.

Franjola is frequently seen as a regular panel guest on Lights Out with David Spade on Comedy Central and Fox's hit gameshow Punchline. Moreover, he wrote and performed on E!s hit show Chelsea Lately for eight years. At the same time, Chris wrote scripts for over 1500 episodes while performing on the show.

Chris has additionally created some of the show's most elegant characters such as Gay Caveman, Johnny Depp, Seventeen Magazine players, and Bieber Man. In the same vein, Franjola starred in the comedy series After Lately aired for three seasons on Entertainment.

Besides, Franjola served as the host of the Sons of Anarchy Afterword, which aires on FX. In 2020, Franjola released his first comedy album The Shallow End which was ranked Top 10 for five weeks. All in all, when Chris is doing acting and writing, Franjola also performs stand-up on the road, traveling all over the country.

Elizabeth Goldstein married the love of her life Chris Franjola in 2018. They are together for more than three years.