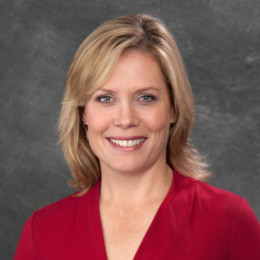 She is an American broadcast journalist who has been working for ESPN since 1996 until the present time. She has been the co-anchor for the ESPN shows as well as been the on site host for the ESPN coverage of the different Tennis Tournaments like French Open, Wimbledon, Australian Open, and US Open. She had attended Archbishop Ryan High School. and got the tennis Scholarship in Drexel University.

Chris McKendry was born as Christine McKendry on February 18, 1968, in the Philadelphia, Pennsylvania. She is a well known American journalist for ESPN.

She completed her graduation from  Archbishop Ryan High School and later attended Drexel University in 1990 as she gets a scholarship for her dedication towards tennis.

Chris began her television career at WJLA-TV where he was a sports reporter. In 1996, she anchored for SportsCenter and later shift to ESPNEWS.

Apart from being involved in sports center she also served as late-night host of ESPN Wimbledon Coverage. Chris is the first woman to work as a sports news anchor in Washington D.C.

McKendry is a married woman, she exchanged a vow with her long-term boyfriend Eduardo Andrade. The duo was blessed with two children. She is quite secretive regarding her personal life and prefers to keep silent when asked about her family.

Chris is living a happy life with her husband and kids in Connecticut and there aren't any rumors regarding their divorce or extramarital affairs.

Once she rumored tot dated her fellow worker but is apparently considered as false news. There are rumors of her plastic surgery and divorce as well but seems fake.

Chris has won many hearts by her anchoring ability and despite this, she succeeds to maintain the good sum of net worth from her career around $2.3 million.

She is married to her long time boyfriend. The couple has spend quality time together and are happy with each other. The couple is proud parents of two children, two sons but no information is available on them.