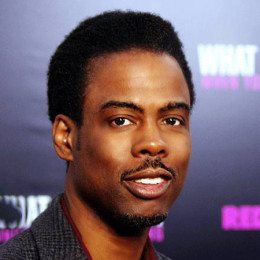 Christopher Julius Rock best known as "Chris Rock" is a comedian, actor, producer, director and screenwriter. In a poll conducted by Comedy Central, he was voted the 5th greatest stand-up comedian. In 12 March 2003, he received star on Hollywood Walk of Fame. He was born to Julius Rock, a newspaper deliveryman and truck driver and Rosalie, a social worker for the mentally handicapped and teacher. While studying at James Madison High School, he was bullied and beaten by white students.

Talking about his personal life, till now he has been married only once. He was once married to his girlfriend but later got separated due to some complications in their relation. The couple has two daughters from their marriage. He has dated few other ladies in his past days. Controversy arose when an actress accused him of being father of her son, which later was proved false. Currently he is dating an actress.

She is the first wife of Rock who by profession is a social worker and activist. From the marriage she has given birth to two daughters.

She is the first child of Rock and his wife who was born healthy. Her pictures can be viewed on the internet easily.

She is was born safe and sound. Her pictures can be viewed on the internet easily.