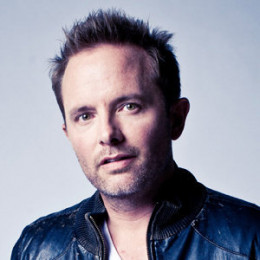 An American contemporary Christian music artist, songwriter and worship leader, Chris Tomlin is currently married to Lauren Tomlin since 2010. He was born to parents Connie and Donna Tomlin. Chris attended Tyler Junior College and Texas A&M University. He taught himself to play the guitar and wrote his first worship song at age fourteen. Chris is currently a worship leader at Passion City Church in Atlanta, Georgia, with Brett Younker, Christy Nockels and, Kristian Stanfill.

He and David Crowder have both performed at Passion Conferences gatherings. Chris Tomlin was nominated for five Grammy Awards before winning in 2012 for the Best Contemporary Christian Music Album. He is the married man and married to Lauren Tomlin in 2010. The couple has been blessed with two daughters named, Ashlyn who was born in 2011. In 2014 the couple welcomed their second daughter, Madison.

Chris Tomlin was born in Grand Saline, Texas in 1972. His parents are Connie Tomlin and Donna Tomlin. He has two younger sibling brothers, named Ryan Tomlin and Cory Tomlin.

Tomlin received his first guitar from his father at the age of eleven after contracting a case of mono. Later, Tomlin wrote his first worship song when he was just 14 years old.

Chris attended a college called Tyler Junior College and later moved to a university called Texas A & M University. He entered college planning to study physical therapy, but he stated that he felt God's calling to something else and did not pursue that career.

Chris Tomlin is an American contemporary Christian music artist, songwriter and worship leader. He is mainly known for his songs such as Our God, How Great Is Our God, Amazing Grace, and Jesus Messiah. In 2014 and 2011 he won Billboard Music Award. He also won Dove Award in 2013.

Earlier, the couple met through one of their mutual friends after Chris moved to Atlanta. Bricken, however, wasn't too sure of their relationship initially. During an interview, she said:

"I was trying to navigate the relationship, and figure out what was going on. So, along that line, I said, 'I really want to know who you are, but if that doesn’t change in time, I’m probably going to move on.' And nothing changed, so I moved on. A year later, we reconnected by divine circumstances. From there, it was a quick sprint to the altar!"

Despite initial skepticism, the pair soon struck a connection. They began dating and eventually accepted each other as life partners. They couldn't be happier together. Moreover, Chris claimed in an interview, his wife turned him into a better person and a better communicator.

Chris Tomlin has an estimated net worth of $2 million. His source of income includes his salary and earnings from his career as a music artist and songwriter. His first album, noise, released on 2001 succeeded to rank the top position at the worship song lists.

Moreover, Tomlin's five songs, that he wrote himself were included in Christian Copyright Licensing International's list of the top 25 worship songs in the US in August 2007. Being a successful worship leader has remarkably helped elevate Chris' wealth.

He is a married man and married to Lauren Tomlin in 2010. The couple has been blessed with two daughters.

The couple has been blessed with two daughters named, Ashlyn who was born in 2011. She has one younger sister.

In 2014 the couple welcomed their second daughter, Madison. She has one elder sister.