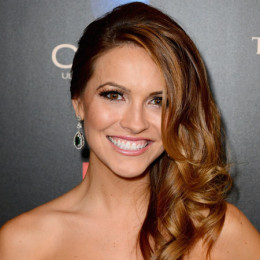 Terrina Chrishell Stause is a fabulous actress, well known for portraying Jordan Ridgeway on NBC soap Days of Our Lives and as Amanda Dillon in the ABC soap opera All My Children. She had a guest role in the ABC prime time soapy drama, Mistresses in 2015. In 2003, she received her B.A. in Theater from Murray State University. She is of Spanish, Japanese and other European descent.

Moving on to her personal life, she is yet unmarried but is no more single. She has been in serious relationship with an American actor since 2013 and she might have some plans of settling down with him in near future. The couple is often seen at various shows and functions and seems like they have a good bonding. We can follow her on Twitter @Chrishell7, to get her daily updates.