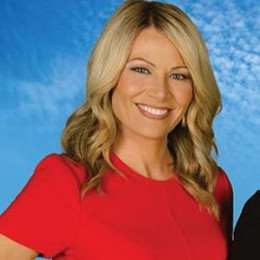 An American News anchor who is better known as the anchor of the popular show News Today which is aired through News Channel WHDH TV every day at 7. Talking about her specialty she is very good Sport Journalist and also good speaker. She has worked as News anchor for more than a decade. She completed her graduation from Atlantic Union College, located in South Lancester. she started her career in journalism as a News reporter and an anchor for WQVR- FM, which is situated in Southbridge. Her coverage of News of 9/11 Pentagon Recovery Operation is one of the noticeable reporting she has done so far.

Regarding her marital relationship it is not known whether she is married or not. After being so much popular she has still managed to keep her private life away from media. Despite of that there is rumor that she has been married and she is living happily with her husband and children. Since it is only rumor it has yet to be confirmed.