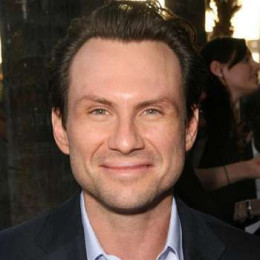 Christian Michael Leonard Slater is an actor, best known for his breakthrough role in the cult film Heathers. At the 73rd Golden Globe Awards, he received his first Golden Globe for his portrayal as the title character on the USA Network series Mr. Robot. Some of his notable film credit includes, Hard Rain, Robin Hood: Prince of Thieves, Broken Arrow and many more. He is the son of Mary Jo Slater, an acting agent and Michael Hawkins, an actor.

Moving on to his personal life, he has been married twice. He was married to his first wife for almost 6 years and filed for divorce. They have raised two kids from their six years of marriage: one son and daughter. After the divorce, he married his second wife who is way too younger than Slater. They are married since 2013. Few years back he was rumored of dating Joanna Krupa, Michelle Jonas and Christina Applegate.

She is the first wife of Slater, who is a journalist, presenter and TV producer. The two stayed in a marital relationship for almost 6 years.

She is the second and current wife of Slater, whom he married in the year 2013. They were married in Coral Gables, Florida, United States.

She is the youngest member in the family and only daughter born to Slater.