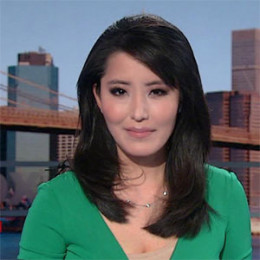 A Korean-American anchor, Christina Park currently works for WNYW's Fox 5 News at 6 and 10 pm on weekends. She has also anchored and produced major events including the 2004 Presidential election, the Tsunami disaster, and the Shuttle Columbia tragedy. Park graduated with distinction from the University of Pennsylvania with a degree in Neuroscience. She previously worked as a weekend anchor/reporter for KPRC, the NBC affiliate in Houston.

Christina Park was born in the United States. She graduated from the University of Pennsylvania with a degree in Neuroscience. At first, she wants to be a doctor but she chose her true calling—journalism.

In 1999, Park joined CNN as a medical and health producer. She has reported for CNN, CNN International, Headline News and has served as an anchor for CNN Student News. Park received a National Headliner Award for her programs, including "CNN.COM".

Park joined WNYW/ Fox 5 in August 2007 where she anchored the news at 6 and 10 p.m. on the weekends. Previously, she worked or CNN Headline News and CNN.com Live. She also reported for KPRC, the NBC affiliate in Houston. In May 2018, she resigned from Fox 5 on May 16, allegedly due to poor working conditions in the newsroom as a result of construction work.

Christina Park produced and anchored major events such as the 2004 Presidential election, Shuttle Columbia tragedy, and the tsunami disaster. She also covered major stories such as Hurricane Katrina and Rita as a field reporter.

Christina Park is one of the talented journalists who served in the journalism since 1999. Previously, she worked for Fox 5 and as per Glassdoor, the average salary of Fox 5 reporter is between $87k to $95K but she is quite experienced so, she might earn more than the average salary. Her net worth must be in six digit figure.

Christina is happily married to Daniel Kim on August 10, 2013, at a private ceremony. The duo was engaged in 2012, a year before their big day. They are blessed with two children, son, James Kim and a daughter, Madison Kim. 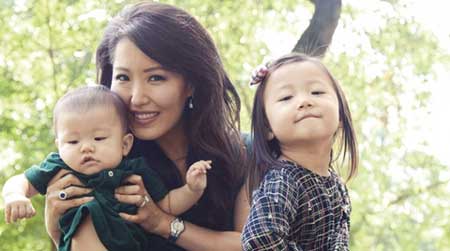 As of 2018, Christina resides with her husband and their two children in New York. Her personal life has always become a mystery to her viewers and has never disclosed any information about her past love affairs.

Christina Park got married on 10th August 2013, with Daniel Kim.The couple is blessed with two children.