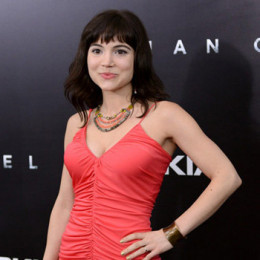 Christina Wren is an actress, writer, and producer. She is best known for her portrayal in the 2013 film Man of Steel. She earned popularity after her performance in the 2016 movie, Batman v Superman: Dawn of Justice.

Wren was born in New Jersey, United States. She holds an American nationality and is of Lebanese Descent. She is the daughter of Patti Ghubrill and Saleem Ghubrill.

Her mother is an artist while her father runs a not-for-profit organization. She has a younger brother named Nate Ghubrill.

Wren grew up in Pittsburgh, Pennsylvania. Before moving to movies and television, she began as a musical theater at NYU. She played the character of Major Carrie Farris in both of the movie, Man of Steel and Batman v Superman: Dawn of Justice.

Besides acting, she is a jewelry designer and has a line on Etsy called, "Tea on Tuesdays".

Moving on to her personal life, Wren is married but has no children yet. She married Demetrius Wren, a director, and producer. The pair met after they completed their graduation. She has made her appearances in Demetrius’ movies as well.

Wren is pregnant. She has posted many pictures with her husband on her Instagram account. The couple seems happy looking on their social networking sites.

Her husband Demetrius co-owns the production company called Two Kids. He along with his wife runs the company making indie films, commercials and web content for major commercial clients and networks.

Wren stands an amazing height of 1.5 meters. She has earned a decent amount of money from her acting career. Her movie, Batman v Superman: Dawn of Justice was a big hit grossing $873.2 million worldwide. She maintained a good net worth in her life.

He is the one and only beloved husband of Christina, who by profession is a film director. Detailed information about their marriage has been kept away from the media.