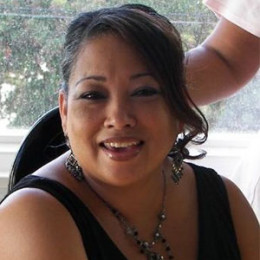 Christina Yamamoto is best recognized as the mother of renowned R&B singers Mila J and Jhene Aiko. Her profession is not mentioned but manages and guides her children in their respective works. After her divorce, she chose not to marry and devoted all her focus to her children.

note: Christina Yamamoto is a married woman who previously tied the knot to a Pediatrician named Karamo Chilombo in 1980. The couple spent some lovely times together and during their marriage gave birth to their three daughters Miyoko Chilombo, Mila J, Jhene Aiko and their only son, Miyago Chilombo.

Christina Yamamoto is possibly single at the moment, but previously she tied the knot to a Pediatrician named Karamo Chilombo in 1980. The ex-couple shares three beautiful daughters, Miyoko Chilombo, Mila J, Jhene Aiko and a son, Miyagi Chilombo. 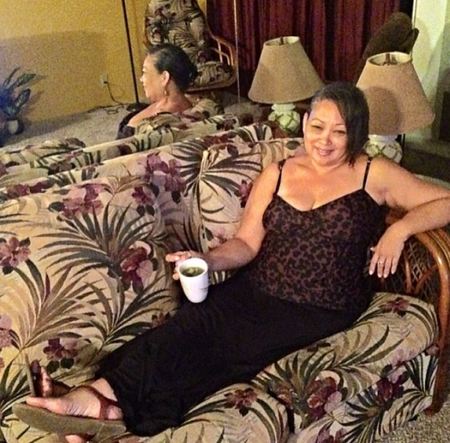 However, after living as husband and wife for 20 years, in 2000, they decided to get a divorce. After the split, Yamamoto didn't marry and focused on bettering her children's future. She managed their works and guided them throughout their journey.

Christina Yamamoto welcomed her first child, Miyoko Chilombo, in 1981. She is an actress from the United States. Her role in the short family film Kidsongs cemented her reputation.

The following year, on November 18, 1983, Christina was blessed with another daughter, Mila J, aka Jamila Akiko Aba Chilombo. Mila is an American professional R&B singer associated with labels like TUG and Motown, from where she delivered some hit numbers like Pain In My Heart and My Main. Moreover, she is also a songwriter, rapper and dancer.

In 1986, she became a mother for the third time with her son, Miyagi Hasani Ayo Chilombo, who died from cancer at the age of 20. Her youngest daughter Jhene Aiko, aka Jhené Aiko Efuru Chilombo, was born on March 16, 1988. 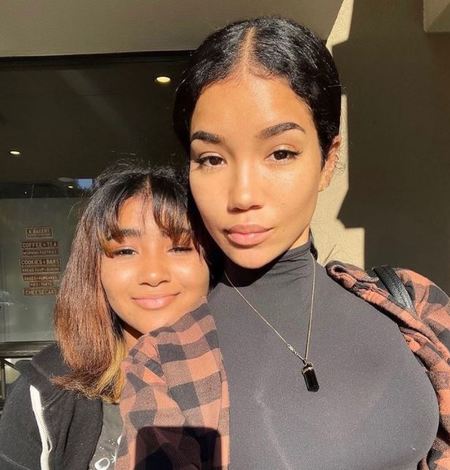 Her youngest child Jhene Aiko is also a singer known for her hits like Bed Peace featuring Childish Gambino and To Love & Die. She is already married and gave birth to a daughter named Namiko Love. Since 2016, Aiko has been on and off dating singer Big Sean. Not to mention, Aiko also became pregnant with Sean's child but the singer, unfortunately, suffered a miscarriage, as per the rapper's song.

Additionally, she was awarded BET Centric Award in 2014 for her song, The Worst. Both of her daughters gave many hits to the music industry.

Christina Yamamoto's net worth is not estimated as her profession is not mentioned. She is said to be a housewife and manages her children's work. However, her daughters managed to make a massive name for themselves in the industry. 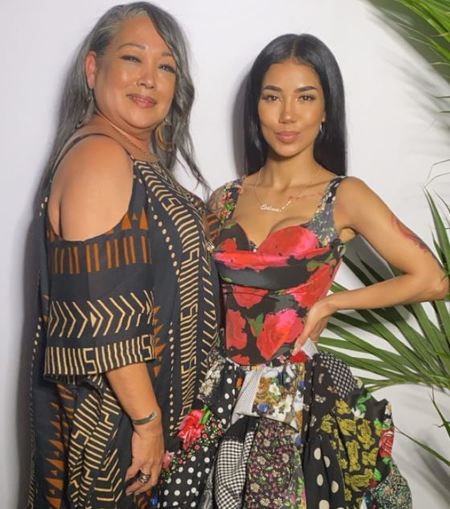 Christina Yamamoto is pictured with her daughter Jhene Aiko who became a famous and wealthy singer. SOURCE: Instagram (jheneaiko)

Yamamoto's daughter Jhene Aiko has a net worth of $6 million as of early 2022 and earns considerable income from her singing career. Aiko's album Split Personality collected $130,435, Westside grabbed $250,000 and finally, her soundtrack Battlefield America managed to gather $171,429.

On the other hand, Yamamoto's older daughter Mila J's net worth is $4 million as early 2022. She gathered all her wealth through her profession. Moreover, she also makes money from hr endorsements.

However, Christina's third daughter Miyoko has not accumulated a massive net worth through her profession as an actress like her other sisters. As of early 2022, she holds $500,000. Similarly, the three-time gold medalist swimmer, Michelle Smith, has a net worth of $500,000.

Christina Yamamoto was born on February 18, 1958, in Inglewood, California, United States. She belongs of Japanese, Spanish and Dominican descent. Her early life and education details also remain hidden from the public eyes.

Christina Yamamoto previously tied the knot to a Pediatrician named Karamo Chilombo in 1980 and due to some reason separated in 2000.

The estranged couple gave birth to their daughter Miyoko Chilombo in 1981. She is the oldest among her siblings.

The estranged couple gave birth to their daughter Mila J in 1982. She is a popular R&B singer and rapper.

The estranged couple gave birth to their son Miyagi Chilombo in 1986. He was their only son and died from cancer in 2012.

The estranged couple gave birth to their youngest child, a daughter named Jhene Aiko in 1988. She is a famous singer and has given many hits.