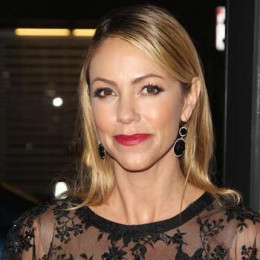 Christine Anne Baumgartner is a professional German-American model and handbag designer. She studied and graduated from California State University Fullerton with a degree in Business. She is often seen at various fashion events and is widely praised for her handbag designing skills. Till now she hasn't shared any detailed information regarding her family background and childhood status, as she is very reluctant in this matter.

She is a happily married woman and mother of three children. She has been enjoying her marital relationship with his beloved husband since September 2004. Actually, she came to prominence after marrying her husband, who is a popular American film star. From their marriage, the couple have raised a daughter and two sons. There is a rare chance of their divorce, as they seem totally satisfied with one another's presence.

An American actor, film director, producer, musician and singer, Costner is the first husband of Christine while she is the second wife of Costner. They are married since 2004.

He is the eldest child of Christine, who is often spotted with his parents at various functions.

He is the second child of Christine, who was born safe and healthy on February 12, 2009.

She is the youngest and only daughter born to Christine.