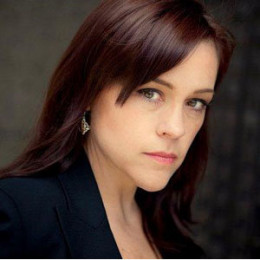 An American film and television actress as well as a photographer ,Christine Elise is currently single. She has an affair with an actor and producer ,Jason Priestley they are together in 1992 but they broke up their relationship in 1997. Christine graduated from Boston Latin High School. Her parents are the artist. Christine has a recurring role in different movies some of them are China Beach, Beverly Hills ,90210 and so on.

Christine Elise is a partner in the entertainment connectivity site called www.Nextcat.com.Christine is also a programmer .She is a creator of a food blog named Delightful-Delicious-Delovely at "Delightful Delicious Delovely”.There is no more information about her affairs in social sites. Christine has also participated in the exhibit called "Burlesque As Art".She has played in horror movies called Body Snatchers(1993).She works for a Disney’s film named Prom.