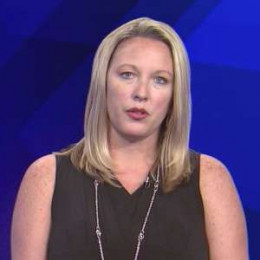 Christine Insinga is an Edward R. Murrow Award winner and Emmy nominated journalist; who is also a general assignment reporter for News 12 Long Island. Long Islander native, Christine grew up in Oakdale; she graduated from Hofstra University and began her career in the news biz right here at News 12. She started as an intern in 2000 and was hired immediately after graduating as a freelance production assistant, associate producer, and assignment editor. In 2003, Christine came back to News 12 Long Island where she worked her way from freelancer to night side staff reporter. With a passion for crime and court reporting, Christine's everyday duties have taken her to the trials of Daniel Pelosi, the electrician convicted of killing East Hampton millionaire Ted Ammon. She has also reported on Martin Heidgen, the Meadowbrook Parkway 'wrong way driver;' and, most recently, the court case of Varsha and Mahender Sabhnani, the millionaire couple convicted of virtually torturing slaves in their Muttontown home.

Christine Insinga is married to a famous actor, James Cush. Their wedding took place at Blue Point, New York city on 29 September 2012. There is no news or rumors about their children or pregnancy. We hope that if they can sustain their relationship for a longer period of time they will be in the news and social media as parents of a beautiful son or daughter. To get in touch with her day-to-day update, one can follow @cinsinga12 on twitter.

Christine Insinga and James Cush got Married on September 29, 2012, at Blue Point, New York. James is an actor by his profession and we know that Christine is a news reporter. Although they pursue different professions, they have a good understanding and positive outlook towards each other.