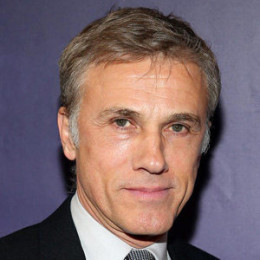 Award winning actor, Christoph Waltzbegan began his professional career as a stage actor and was a prominent TV actor in Germany in the 1980s and 1990s. He is the son of Johannes Waltz and Elisabeth Urbancic, set and costume designers. He studied acting at Vienna's Max Reinhardt Seminar and at the Lee Strasberg Theatre and Film Institute in New York. He won an Academy Award, a Golden Globe Award, and a Screen Actors Guild Award for his role as SS Colonel Hans Landa in Quentin Tarantino's 2009 film Inglourious Basterds.

He has been married twice through out his life. He was previously married to Jackie Waltz. The couple together gave birth to three children. However this relationship could not last longer and ended in divorce. He is now raising a daughter with his second wife, costume designer Judith Holste. Now the couple seems to be happily married as its been a decades and the couple are still together.

He was previously married. He had three children with Jackie Waltz whom he divorced after many years of their togetherness.

The couple now is happily married and they shared a daughter in 2005. However there is no details regarding her daughter.