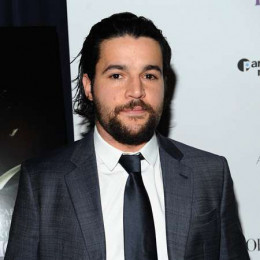 Christopher Jacob Abbott is an actor, best known for portraying the title character in the critically acclaimed film James White and as Charlie Dattolo in the HBO comedy-drama series Girls. Some of his notable film credit includes Hello I Must Be Going, The Sleepwalker and A Most Violent Year. He was born to Anna and Orville Abbott and is of Italian and Portuguese descent.

Moving on to his personal life, he is yet a bachelor but currently is in a serious relationship with his girlfriend. His girlfriend is an English actress with whom he has been dating since 2015. Before her there were no girlfriends in Abbott's life, as per the records and due to that reason he was often cited of being a gay but this issue has now been well settled as he is dating a gorgeous British lady.