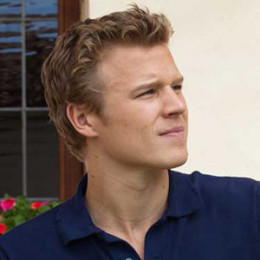 Australian actor Christopher Egan is best known as Nick Smith in the television soap opera, Home and Away and Alex Lannon in the apocalyptic TV series, Dominion. He had appeared in a number of commercials as a model before he pursued his childhood dream to be an actor. At the age of 16, Egan made his debut in one of the Australian successful television shows Home and Away as Nick Smith in 2000. He made his big-screen debut in the movie adaptation of Christopher Paolini’s widely acclaimed novel Eragon in 2006.

During the filming of Letters to Juliet, it was rumored that Egan had started dating his co-actor Amanda Seyfried. There were quite a few times the two were spotted in public holding each other hands. In an interview with People Magazine, Egan clarified that Amanda Seyfried is not his girlfriend. He had briefly dated actress Eliska Sursova for about ten months following his move to Los Angeles in 2004. Later in 2006, Egan began dating Aria Crescendo. It was rumored that Aria would be his future wife and they would get married soon, but after four years long love affair, they decided to split.