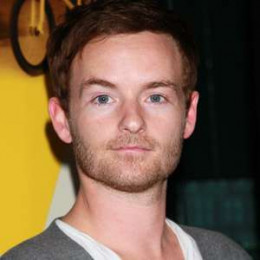 American actor and disk jockey, Christopher Masterson is best known for playing Francis in "Malcolm in the Middle." He is the son of Carol Masterson, a manager, and Peter Masterson, an insurance agent. Christopher is the younger brother of Danny Masterson, the 'That 70s Show' cast member, and older brother of Alanna Masterson 'The Walking Dead- star,' who portrays Tara Chambler. Masterson's DJ stage name is Chris Kennedy.

Christopher Masterson had a long-standing relationship with actress Laura Prepon. The two dated for 7 years, but eventually broke up in 2007. He has had an encounter with Dominique Swain. Masterson has also worked as a lead character in the various films including Scary Movie 2, Waterborne, Made for Each Other and Intellectual Property. He played the dual role of "Gus" and "Augustus" Coverly in the L.A. Music Center Production of Tom Stoppard's play "Arcadia".