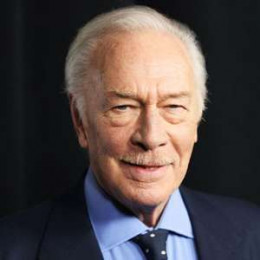 Christopher Plummer is a Canadian actor. Made his career debut in Stage Struck, he is active in the entertainment field for more than five decades. He is known for his portrayal as Captain von Trapp in the film, The Sound of Music. He has won several awards including an Academy Awards and two Emmy Awards.

Plummer was born on December 13, 1929, in Toronto, Ontario, Canada. He is an American belonging to the White ethnicity. He is the only son of Isabella Mary and John Orme Plummer. His mother was a secretary to the Dean at the McGill University and his father was a stocks and security seller.

Plummer is the great-grandson of Canadian Prime Minister, John Abbott from his mother side. He studied piano but developed his keen interests towards acting at an early age. He started acting while he was attending the high school. He moved to the McGill University, where he took up acting after watching the movie, Henry V.

Plummer made his career debut through Broadway acts. He made his Broadway appearance in The Starcross Story in January 1953. He debuted the title role in Henry V at the Stratford Shakespeare Festival in 1956.

Plummer started his film career in 1958. He was cast as a young writer in the film, Stage Struck. He also played a lead role in the movie, Wind Across the Everglades. He also had the leading role in a musical film, Lock Up Your Daughters.

Plummer earned his first Academy Award nomination in January 2010. He was nominated for his work in the movie, The Last Station. He debuted in television in February 1953. He has starred in the television adaptations such as The Philadelphia, Story, Captain Brassbound’s Conversion, and Time Remembered.

Plummer has been married three times in his life. He was married to the actress, Tammy Grimes in 1956. The pair had a daughter named Amanda who is also an actress. They stayed in a relationship for four years. They are currently maintaining a friendly relationship.

Plummer married journalist, Patricia Lewis on May 4, 1962. The couple divorced in 1967. He started dating a British dancer and actress, Elaine Taylor in 1968. The couple tied the knot on 2nd October 1970.

His wife, Elaine is also an interior decorator who has renovated and designed houses in West Hollywood, Grasse She is a gourmet French cook as well. As an actress, she has appeared in several films such as Lock Up Your Daughters, The Games, and All the Way Up.

Plummer has made a huge amount of money from his career. He has won many awards in his career. His major awards include Emmy Award (1976), Golden Globe Award (2012), and Academy Award in 2012.

Plummer has maintained an incredible net worth of $20 million. He earned $30,000 from the movie, Starcrash. He sold his house in Connecticut for $11.2 million. He won 34 other awards for his contribution to the entertainment field.

Plummer was married to the actress Tammy Grimes in 1956. The couple had a daughter. There is no more information about their marriage life in social sites.

Plummer was married to journalist Patricia Lewis on May 4, 1962, and the couple divorced in 1967.They don't have a child.

His third wife, British dancer and actress Elaine Taylor, have been married since 1970.The couple are happy with each other .

The couple had a daughter named Amanda,she was born in 1957.