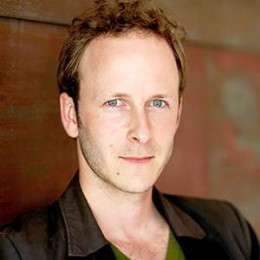 Christopher Redman, a Canadian actor, is currently married to Marguerite Moreau, an American actress, since 2010. He began acting in The Canadian Youth Academy at the age of seven. The academy focused on classical theater as well as introducing young people to the works of the writers like Ibsen, Shakespeare, and Tennessee Williams. Christopher took drama course at Trinity College, Cambridge and graduated with honors at the age of eighteen.

Christopher Redman is a founding member of the Amazing Posse Film Festival in Toronto. His major works in movies and television include Mistrial, Road to Avonlea, The Magian's house, and K-19 - the Widowmaker. Christopher is currently married to an American actress, Marguerite Moreau since 2010. He has a daughter with her. As of now, there are no signs of their separation. Christopher has not faced any rumors or controversies till now.

Christopher is married to an American actress, Marguerite Moreau. The couple dated for three years before the marriage.

Casper is the first child of Christopher with Marguerite. There is not much information about her except a few pictures.