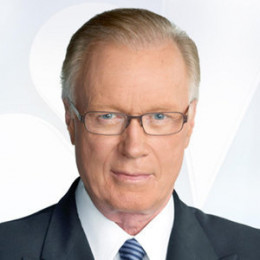 Scarborough graduated from the University of Southern Mississippi. Chuck has also worked for the United States Air Force.

Chuck Scarborough holds an estimated net worth of $4 million.

Chuck Scarborough was born on November 4, 1943, in Pittsburgh, Pennsylvania, U.S.

He married to Ellen Ward Scarborough. She is his third wife .There is no information about there date of marriage in social sites.

His daughter Elizabeth Scarborough is also a television journalist

Chad Scarborough is his second child.