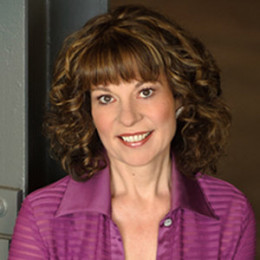 She is a broadcast meteorologist correspondent for CTV Atlantic based in Halifax, Nova Scotia. She began her career joining CFRA radio in Ottawa, where she anchored Ottawa AM. She owns a business company, "Weather by Day" which provides seasons forecast and data along with reports through radio to western Quebec and eastern Ontario. She studied at University of McGill and has earned a degree from the Lake head University.

When it comes to her personal life, she has always stayed low profile. Till now it is unknown whether she is married or not. She isn't that friendly to the media when it comes to revealing her personal information. As there is no any exact information about her current relationship status, she is assured of being single. To know her better and get daily updates we can simply follow her on Twitter @CindyDayCTV.

Cindy Day was born on March 20, 1967, in Bainsville, Ontario. She is Canadian and belongs to the Caucasian ethnicity. Her birth sign is Pisces.

Day is bilingual and she fluently speaks English and French.

Day attends McGill University and completed her graduation. Later, she joined Lakehead University where she grabbed a degree in meteorology.

Cindy Day started her professional career with Environment Canada where she briefed pilots at McDonald Cartier Airport in Ottawa. Later, she hired by the CFRA radio where she hosted Ottawa AM and reports weather all around Canada.

Later she launched her own business, Weather by Day which provides seasonal forecasts, climate data and radio reports for Eastern Ontario and Quebec.

In 1998, her career skyrocketed after she moved to Nova Scotia. Day joined CTV in 2007 and since then she worked there.

Day served as Atlantic's chief meteorologist in CTV News at 5, CTV News at 6 and the Late News at 11.