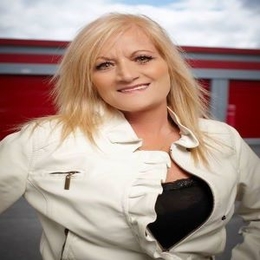 Cindy Hayden is a reality TV star who appeared in the reality TV show 'Storage Wars Canada'. She is known as 'The Queen Storage' because of her instinct to find valuable items in storage. Hayden who is a business graduate is now involved in her many business ventures.

Cindy Hayden is happily married to her long term boyfriend Rick Coffill. The couple first met when she went to a house party where Rick used to live.

During an interview with Niagra This Week in 2016, Haden said,

"We met 20 years ago actually… I went to a house party and I didn’t know Rick lived there. He came walking in at midnight because he was on an afternoon shift and… ."

Rick and Cindy connected instantly over their love for auctioned things and soon started dating. The couple joined the reality TV series Storage Wars Canada as a team and was referred to as 'The Veterans'. Rick proposed to Cindy while on the show at the locker.

There is no information about Cindy's past affairs however Rick had two failed marriages. The couple shares two children, a son, Derek Hayden, and Tara Hayden. Cindy when not busy in auctioning likes to read or do Zumba.

Cindy Hayden boasts an impressive net worth of $1million-$1.5 million which she earned through her decade work in auctioning and successful business ventures.

Cindy was always into auctioning however she got to use her talent finally in the reality show Storage Wars Canada. She became the participant of the show with her then-boyfriend Rick Coffill for two seasons compassing 48 episodes and earning $15,000- $25,000 per episode. Also during the show, the couple picked a 3.14 carat single stone diamond which was worth $50,000.

Besides being a reality TV star, Cindy is a smart businesswoman and has invested in many business ventures along with her husband. The couple created a senior day program called Home for the Day and owns an auction house Shoreline Property Auctions in Canada. The couple owns an All Terrain Vehicle(ATV) which on average costs $7,000- $10,000. 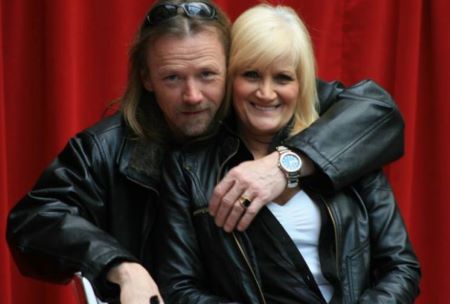 Rick Cofill and Cindy met in a house party. The couple appeared together in a reality TV show.

Tara Hayden is the first child of the Cindy Hayden and Rick Coffill. She has a sibling.

Derek Hayden is the second child of Rick and Cindy. He has a sibling.