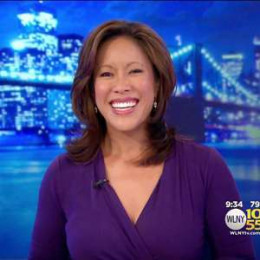 Recently, Hsu recieved “Reporter of the Year” from the NY & NJ Asian-American Law Enforcement Organization. Her personal adoption story, “Bringing Rosie Home,” was nominated for an Emmy Award and won the New York AP Broadcasters Award for Best Feature. She received Emmy Awards for Outstanding Single Hard News Story for “Smuggled from China,” which unravel the dreadful plights of Chinese refugees from the Golden Venture ship, and for her coverage of the snowstorm of 1994. Cindy Hsu is not yet married and there is no record of him having boyfriend, dating, affair or relationship.

She is third grade student. She is nine years old and helps her mother in her work.