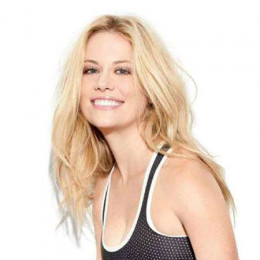 Claire Elizabeth Coffee is an actress best known for her roles as Nadine Crowell on General Hospital, as Adalind Schade on Grimm, as Cassie Tatum on The West Wing and as Janie Ross on Franklin & Bash. She started acting in plays and musicals when she was at Santa Catalina School and since 2002 she is actively working as an actress. She has earned a degree in Theatre from Northwestern University.

She now is a married woman. After dating her boyfriend turned husband for a long time she decided to get married in the year 2013. Her husband is a singer and musician. They are blessed with a son. The two have a great connection and mutual understanding with one another so talking about their divorce would be senseless. To check out her sizzling images and stay connected to her we can follow her on Instagram clairecoffee.

He is a singer, musician and songwriter, who started dating Claire in 2011. His actual name is Christopher Scott Thile.

She gave birth to her first child Calvin at the age of 35. His middle name Eugene is in honor of Coffee's late grandfather.