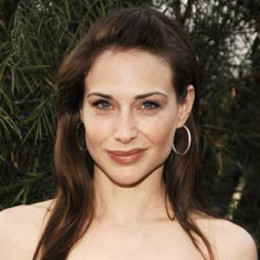 An English actress, Claire Forlani is known for her recurring role on the new season of 'Hawaii Five-0, EW'.She has also appeared in films including Mallrats and Meet Joe Black. She continued her acting career in England, until 1993, and later moved with her parents to San Francisco.

Claire Antonia Forlani born as Claire Forlani was born on 17th December 1972, in London, England, later, immigrated to the United States. She is the daughter of Pier Luigi, a music manager, and Barbara Forlani. She was born in the United Kingdom and grew up in London.

She attended the Arts Education School in Britain from the of eleven to seventeen, studying dance and drama.

A gorgeous actress, Claire Forlani began her acting career at the age of nineteen. She appeared in many TV films and series, including a starring role on the historical-fantasy-drama series Camelot.

In 1995, she played the supporting role of Brandi Svenning in 'Mallrats.' In 1998, she starred with Anthony Hopkins and Brad Pitt in 'Meet Joe Black.' In 2003, Forlani co-starred with Jackie Chan in 'The Medallion,' in 2005 Green Street Hooligans with Charlie Hunnam and Elijah Wood.

Forlani appeared in a series of television commercials for Dewar's Scotch whiskey. In 2016, the second episode of 'Hawaii Five-0' introduced Alicia Brown, a retired criminal profiler portrayed by Forlani.

Claire Forlani won Saturn Award nomination in a category of the best-supporting actress. Moreover, in 1998, she won Academy of Science Fiction, Horror, and Fantasy Films, for her movie 'Meet Joe Black.'

Claire Forlani married, Dougray Scott in a private civil ceremony in Italy in 2007. The couple met through a mutual friend.

Her husband proposed her in Los Angeles in September. During her marriage she wore a custom-made strapless gown with a “classic, Old Hollywood feel” by designer Junko Yoshioka for Bonaparte-NY.

Forlani is a celebrity supporter of the British Red Cross and WaterAid. She has also appeared in campaigns for Dewars, L'Oréal, Banana Republic, Shiseido, and Dior.

Claire's brands of cars include Audi A8 and Lexus RX 350. The brands of gowns she wears are, Alberta Ferretti, Dior, branded shoes of Jimmy Choo, expensive jewelry of Swarovski quite matches with her lifestyle.

Claire Forlani married, Dougray Scott in a private civil ceremony in Italy in 2007.The couple with their son are living a happy life with no sign of getting divorced.