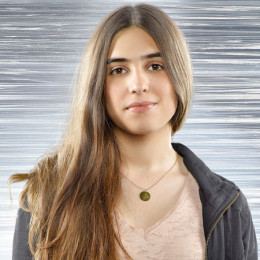 American actress, Clara Mamet is popularly known for her role as Amber Weaver in the ABC�s TV series, The Neighbours. Mamet made her Hollywood debut from the movie, Spartan. She was only 10 when she landed her first movie. She then appeared in numbers of TV series and movies of which her recent work include in the movie Sloan Hearts Neckface, which is in post-production. Mamet is yet to marry her future husband. She has not been linked to any of her co-stars and probably doesn't have a boyfriend.

Clara Mamet was born on 29th September 1994 in Randolph, Vermont under the birth sign Libra. Mamet is American by nationality and as far as her ethnicity is concerned, she is White. She is the daughter of David Mamet, a famous playwright and Rebecca Pidgeon who's also a renowned British actress. She has a brother, Noah Mamet and two half-sisters, Zosia Mamet and Willa Mamet. Zosia Mamet is also an actress, well known for her role as "Shoshanna Shapiro" in HBO's hit series Girls.

At the young age of 15, she became legally emancipated and then dropped out of high school to pursue her career in acting and playwright.

Clara Mamet made her Hollywood debut in 2004 from the movie, Spartan by Warner Bros. She was only 10 when she did her first movie. Two years later, Mamet worked in her first TV series, The Unit.

Mamet worked from 2012-2014 in ABC’s TV series, The Neighbours. She shared the screen with Jami Gertz, Lenny Venito, Simon Templeman, Megan Park and Tim Jo among others. As of 2014, she wrote, directed and starred in the movie, Two-Bit Waltz, a semi-autobiographical movie with William H. Macy, Jared Gilman and her mother, Rebecca Pidgeon.

Some of her movies include Neighbours 2: Sorority Rising, Satanic and Solan Hearts Neckface among others. And some of her TV series include- Phil Spector, Son of Zorn, and Wacko Smacko.

Along with acting, Mamet is also involved in singing. She along with her sister, Zosia sang as a duo called, The Cabin Sisters. Not only this, they also did the Kickstarter campaign to raise $32k for the video song, Bleak Love which however couldn't make a big hit. Clara Mamet also wrote some books like- The Solvit Kids and Paris.

Some of her movies that made a good collection at the box office include:

She earned much from her books as well:

Also, Mamet has never introduced anyone as her boyfriend. She is more focused on her career rather settling down with anyone. Considering all these things, she might be possibly single in the present days.