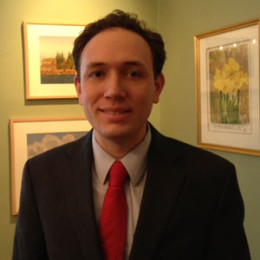 A lawyer, military officer, and politician, Clay Pell was born on 17th November 1981 in Tucson, Arizona.He worked as a director of strategic planning on the National Security staff at the White House.He holds American nationality with white ethnicity and stands at the height of 5 feet and 9 inches.

Clay Pell is a son of Herbert C. Pell III and Eugenia Stillman Diehl Pell. He is the grandson of Claiborne Pell, a U.S. Senator, and Nuala Pell. Pell graduated from Harvard College in 2005.

From 2011 to 2012, Pell worked as Director of Strategic Planning on the National Security Staff and was a White House Fellow.

In 2013, he served for six months as Deputy Assistant Secretary of the Office of International and Foreign Language Education at the United States Department of Education.

Because of his support for language education and cultural proficiency was recognised by the Northeast Conference on the Teaching of Foreign Languages he won Advocacy Award in 2014. Pell's grandfather received the same award in 1988.

On 27th January 2014, Pell confirmed he would run for Governor of Rhode Island in the 2014 election.

Well, his current net worth has not been shared with the public yet. However, his ex- wife Kwan's net worth is about $13 million.

In September 2012, Clay Pell got engaged with Michelle Kwan, a retired figure skater. His wife is five-time World Championships and two-time Olympic medalist.