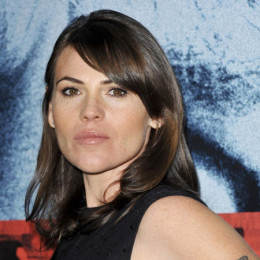 Clea Helen D'etienne DuVall is a talented actress, noted for appearing on the HBO television series Carnivŕle, as Sofie as well as for her portrayal in the Academy Award winning film Argo, playing one of six American embassy staff who escape an siege in Iran, Cora Lijek. Some of her film credits includes Interrupted, Girl, The Faculty and The Grudge. She is the daughter of Stephen "Steph" DuVall and Rosemary Hatch.

Talking about her sexuality, she openly is a lesbian. Till now she hasn't married anyone and is single at the moment but few years back she was often spotted with her beloved girlfriend at shopping complexes and parks. She was often spotted kissing and getting cozy with her partner. To stay connected to her we can check out her Facebook page @https://www.facebook.com/public/Clea-Duval.