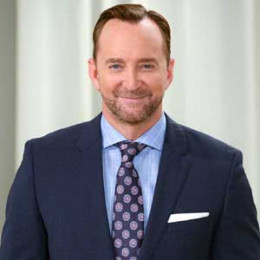 Kelly, a fashion consultant, and media personality is best recognized for his role as co-host on What Not to Wear, a reality program that featured fashion makeovers. Kelly started his career as a freelance writer for several fashion magazines. He has also written and published several fashion books.

Kelly hosted a program in the mid-90s on the short-lived QVC  spin-off network Q2 and worked as a freelance writer and editor at several publications in New York. He was also an editor at Marie Claire and Mademoiselle. Later, he became the executive editor of the Daily News-Record, which is a New York-based weekly men's fashion and retail trade magazines.

The producers of TLC's "What Not to Wear', decided to recast the original male lead (Wayne Scot Lukas) and contacted Kelly. After several auditions, Kelly was chosen as the new co-host, alongside Stacy London. In 2008, Kelly served as a guest consultant on TLC reality series, Miss America: Countdown to the Crown. In 2011, he became the moderator of ABC daytime show, The Chew.

In 2005, Kelly along with Stacy London co-wrote a book named "Dress Your Best: The Complete Guide to Finding the Style That's Right for Your Body." In 2008, he wrote Freakin Fabulous: How to Dress, Speak, Behave, Eat, Drink, Entertain, Decorate, and Generally by Better than Everyone Else. In 2010, he wrote "Oh no, She Didn't, telling the do's and don'ts of women's fashion. In 2017, he published a series of essay's titled "I Hate Everyone, Except You."

Kelly, in 2007, wrote a weekly style column for "RedEye" in The Chicago Tribune. He is also a National Sopeskperson for Macy's and owner of the clothing line, called Kelly by Clinton Kelly.

Clinton's personal life has been a matter of curiosity for both fan's and media. Well, the Fashion Consultant has a different taste, when it comes to choosing a  life partner. The 48-years-old, in an interview, opened up about his sexual orientation and revealed himself to be gay.

Clinton is a married man. He married Damon Bayles, who is a Clinical Psychologist in New York. The duo tied the knot in 2009 at their home in Connecticut and living a blissful married life.

The Fashion Consultant Clinton Kelly married Damon Bayles, who is a Clinical Psychologist in New York in 2009.