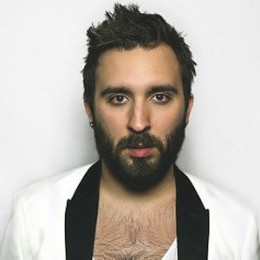 Coleman Hell is a Canadian musician and popster from Thunder Bay Ontario popular for his debut single, 2 Heads. His full-length album Summerland was released by Columbia Records on October 14, 2016.

Coleman Richard Hell most known by his nickname Coleman Hell was born on April 25, 1989. He raised in Thunder Bay, Ontario, Canada along with sister Alexis.

Richard started his career as a part of the duo Burnz N Hell with Joey Burnz in the early 2010s. He also formed the Toronto artist collective Sideways including Shan Vincent de Paul, La+ch, and Michah.  His free mixtape entitled Stark Raving was released when he moved to Toronto in 2013. In 2014 he released his first EP, VENA.

On October 23, 2015, Hell's self-titled six track EP including the song 2 Heads was released. It reached the Top 15 in both Canada and the US and went platinum twice. That same year he toured with Robert DeLong and with Twenty One Pilots in 2016.

Hell never stopped amazing his fans with his incredible work. In 2016, he released his full-length album, Summerland.

Coleman Hell is not married yet. He may have a girlfriend, but due to his secretive nature, it has not been shared with the media. Hence he is possibly enjoying his single life.

Coleman earns a massive amount from his singing career. He probably holds an impressive net worth. However, the concrete figure about his salary his still behind the curtains.