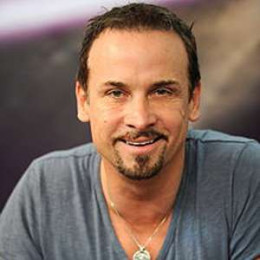 Colin Cunningham, born in Los Angeles, California, is an American actor who works in television as well as movies. He is mostly known for the science fiction series Falling Skies. His other works include For the Love of Nancy, The Commish, The Marshal, The X-Files, Dead Fire, Viper and The Net. Colin gained fame after his work in award-winning Canadian series Da Vinci's City Hall in 2006.

Collin Cunningham is also a guitarist and a songwriter. He is also good at playing the saxophone. Cunningham has also worked in a recurring role on the CBS series "Flashpoint." He recently played a role on the TNT show "Perception" co-starring with Rachael Leigh Cook and Eric McCormack which was filmed in 2010. Cunningham has been a series lead on the shows "The Collector". There is no information confirming his relationships.