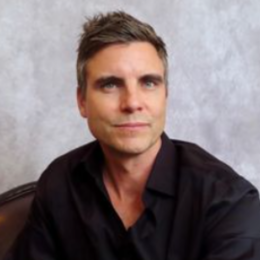 Colin Egglesfield is an American actor who is immensely popular in the long-running soap opera All My Children and The CW's short-lived drama series Melrose Place and The Client List.

Has Colin Egglesfield ever married? Who's his wife?

Colin Egglesfield is possibly single as of now. He has not yet revealed his relationship status to his fans. Colin has not even left a hint to speculate if he had someone special in life. 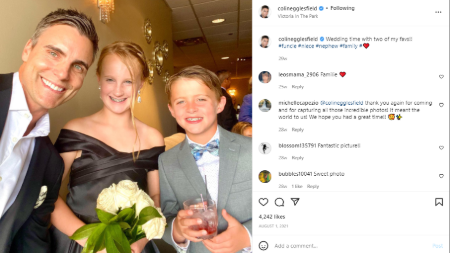 Egglesfield had always dreamt of working on favorite projects with Jill Wagner. He played the love interest of Wagner in the Hallmark channel movie Master Class in June 2021. Previously, he has dated some Hollywood big names like Stephany Jacobson, Malin Akerman, and Jennifer Love Hewitt.

How Much Is Colin Egglesfield's Net Worth?

Colin Egglesfield has summoned an estimated net worth of $3 million. Typically, an actor in the US earns around $58,580 annually, but an experienced actor can make $125,457 yearly. 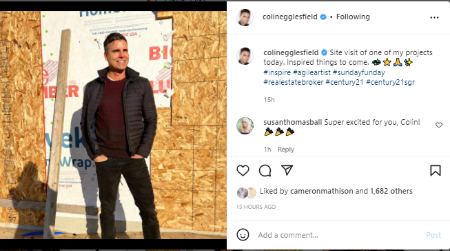 Colin Egglesfield is set to appear in the new project century21. SOURCE: Instagram

Egglesfield began modeling at a young age to pay his college expenses. Colin joined a talent contest and won it on his friend's advice. Subsequently, he became a full-time model leaving medical ambitions behind.

Furthermore, Colin modeled for renowned brands like Calvin Klein and Versace. In 1997, Colin moved to New York City to pursue a career in the glamour world. Egglesfield has recently partnered with Tyler Neitzel in the real estate company Stage 2 Properties, which repairs homes on the South Side of Chicago.

Moreover, the brown-haired took acting classes which helped him book national commercials. He landed a guest role on the T.V. show The Street as Artist in 2000. His first breakthroughs role was as Steven on the police procedural drama Law & Order: SVU in 2001. 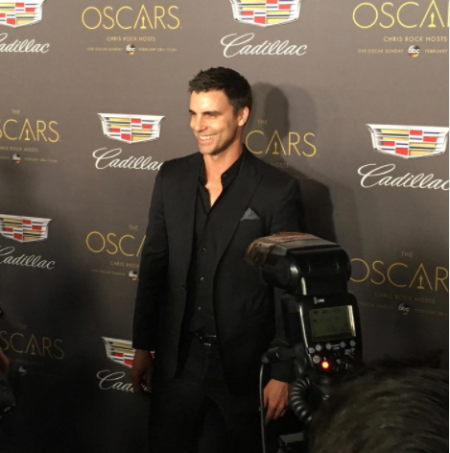 In 2003, Egglesfield played the minor role of an LAPD officer in the movie SWAT. In 2004, he made the guest appearance of Sean in the sitcom Gilmore Girls and Mr. Rouke in Nip/Tuck. In 2004, Colin worked on the 12 Days of a Terror television film.

Check out the clip of Colin Egglesfield talking about his testicular cancer battle!

In 2005, the Chicago resident landed a significant role of Connor in the movie Vampires: The Turning and a supporting role in the rom-com "Must Love Dogs." Egglesfield became a household name after performing Josh Madden.

From 2006 to 2010, he starred in series like baker, The Good Guy, Melrose Place, The Au Pairs, Hawai-Five-O, Brothers and Sisters, Something Borrowed, Drop dead Diva, Unforgettable, lucifer, and many others. In movies, Colin appeared in A Stranger in Paradise, The Space Between Us, Vice, and Reprisal.

Colin Egglesfield was diagnosed with cancer in 2019 after serving twenty years in the Hollywood industry. In remission, the soap opera actor became critical when he battled cancer. A fellow cancer survivor Lane Armstrong inspired him to live while attending the Cleo restaurant in L.A. on June 15, 2019.

Earlier in February, The Client List star dedicated a post to his mother, thanking her for the support and encouragement, which she showed to him during treatment. Through his post, he also encouraged other cancer patients who are undergoing treatment and battling for their survival.