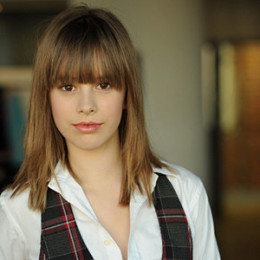 Canadian actress, Conchita Campbell is currently single. She is best known for playing Maia Rutledge on USA Networks "The 4400". Conchita is fluent in both Polish and English, as her mother is Polish and her father is Spanish and American . She grew up in Beacons-field, a primarily English-speaking part of Montreal, Quebec, Canada. She is trained in both Ballet and Jazz (2004-2007).

Campbell's career started with acting in television commercials at a young age. Her feature film debut ultimately came with Scary Movie 4, which set a box office record for Easter weekend 2006. Campbell made two guest appearances on CTV's hit show, Cold Squad. She starred in 2004 in the small indie film, Pursued, opposite Gil Bellows, Michael Clarke Duncan and Christian Slater. She has not revealed any information about her personal life.