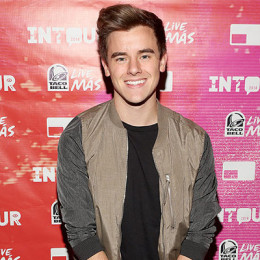 An American popular YouTube vlogger, Internet personality and also a writer. His You Tube channel has more than 4.4 million subscribers. He is currently member of Big Frame network which is managed by Andrew Graham. He is a son to Peter Franta and Cheryl Franta. When he was small, he was overweight. Thus, to balance it, his mother signed him into a YMCA swimming team. He has three siblings. He completed his high school from St. Peter's Catholic School. He studied business at Saint John's University. He uploaded his first video in his YouTube channel in 2010, August.

On December 8, 2014 he publicly announced in one of his video in his You tube channel that he is gay and he is happy on it and he also told that he wanted to help people like him. That video got 7 million views and 700 thousand likes which is his second most viewed video of his You Tube channel. Talking about his personal life, he is still single. May be he will find his partner in coming near future.