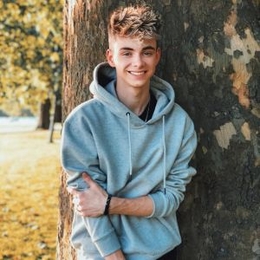 Corbyn Matthew Besson is an American pop singer and song-writer, who is one of the five members in the pop band, 'Why Don't We.' Moreover, he has sung a single on iTunes named 'The Only One.'

Is Corbyn Besson Dating Anyone? What is His Relationship Status?

Corbyn Besson is dating his girlfriend, Christina Marie Harris, for a long time. Basically, Harris is a beauty blogger and has a Youtube channel titled 'BeautyChickee.' It has been reported that the couple first met during the universal convention on April 24, 2016.

In May 2016, Besson took her to prom and the special night turned out to be the moment they are going to remember for the rest of their lives. Shortly after the prom, the lovebirds officially announced their relationship on May 22, 2016. 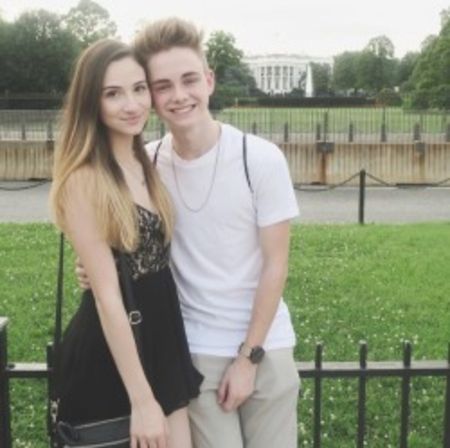 Likewise, the beautician often features Corbyn in her videos. Also, the couple is seen to post pictures of them like dancing, kissing, and hanging around. Currently, the two ain't seen together on their respective social account. But, the fact is they haven't broken up either. Most probably, the lovey-dovey duo has taken some break to enhance their professional careers. Besides, they might have realized it's not their right time to waste lots of on love as both are 20 and 21. 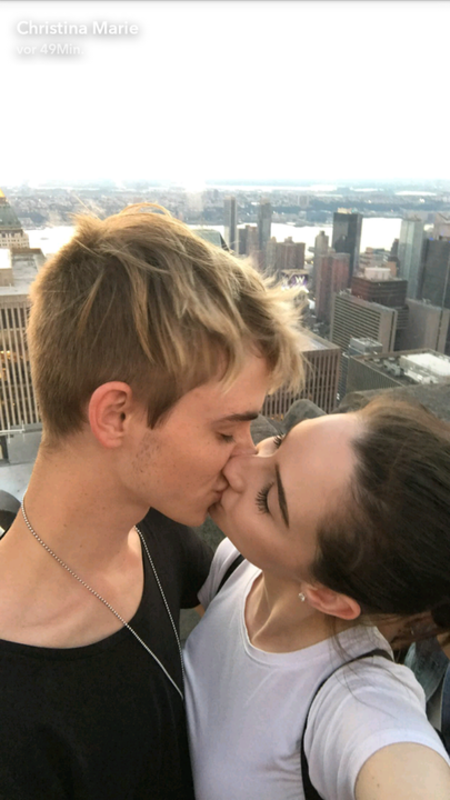 These days Corbyn is seen mostly hanging around with his band members. On the other hand, the 20-year-old Christina posts pictures & videos enjoying with her friends and frequently shares beauty tips on her Instagram too.

'Why Don't We' member has firstly received an electric guitar as a gift at the age of 12. Since then, he began to learn guitar by himself. On his younger days, he even did some sports, playing video games, arts, and graphic design.

Till then, music wasn't a part of his life. But soon later, he began singing through Xbox in voice chat, which made keen to music. Also, he started getting positive feedbacks, which ultimately boosted his confidence. Likewise, he started sharing some of his short covers through Instagram. 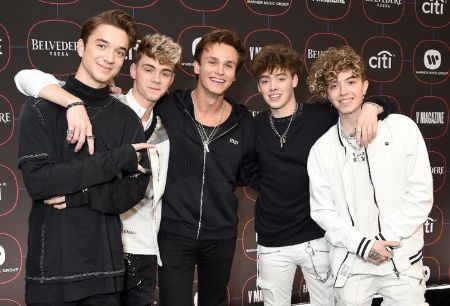 In 2014, the singer started to upload his songs on the broadcasting website, YouNow, as his classmate suggested to him. On the website, he started gaining fame as well as a good fortune.

And Besson's father is also one of the major reasons behind his success as his father always supported him; he managed Corbyn to perform in a coffee shop. Following, he began to focus on his solo career and created an official website as well. He released his first solo called The Only One on December 17, 2014. Then, he released the next solo song named Marathon in the year 2015.

In his Sophmore year, he was signed alongside other social media stars to go on the Impact tour, including his future bandmates, Jack Avery and Zach Herron. He did another tour later; that was where he met Jonah Marais. Upon seeing Daniel on American Idol, he also began messaging Daniel Seavey. So, Corbyn, alongside Zach Herron, Jack Avery, Daniel Seavey, and Jonah Marais, formed a five-piece band, Why Don't We.

How Much Does Corbyn Besson Worth?

The 21 years old has an estimated net worth of $500,000 as of 2020. There is no doubt; Bessom made a fortune through his music career. According to Social Blade, his youtube channel, along with the other four band members, receives between $2.9k-$46K monthly and $34.5K-$552.6K annually. So, he has more to do on his upcoming days, and also we hope his net worth counts in millions soon.